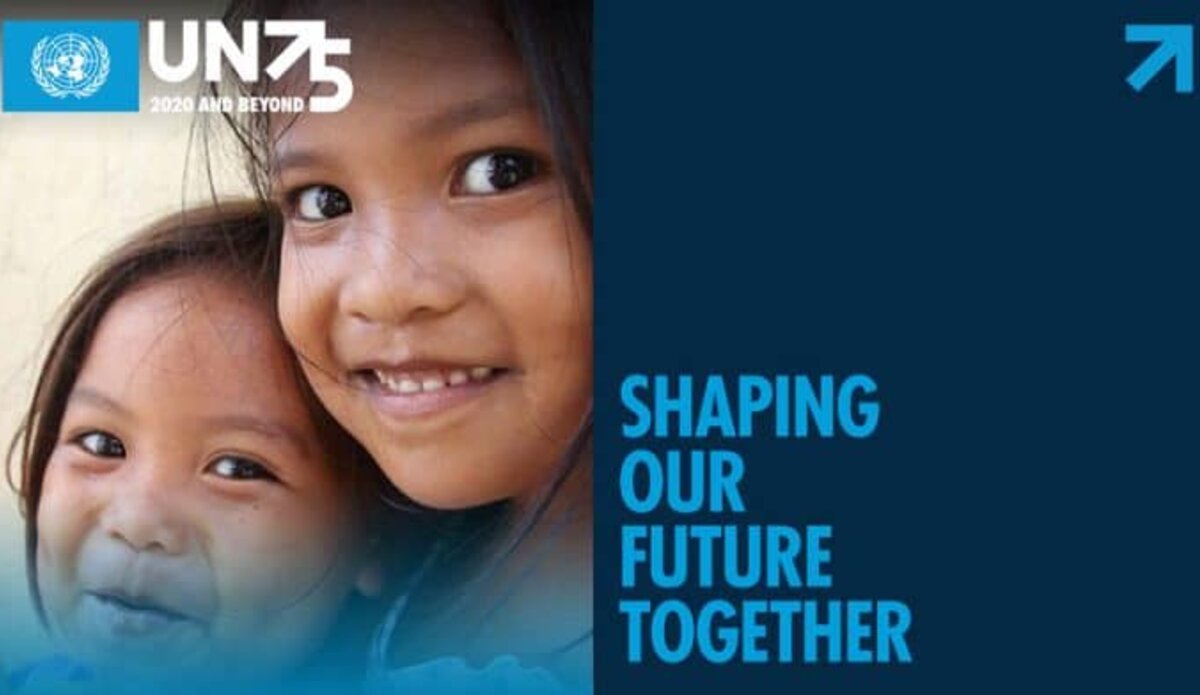 UN75: The Future We Want, The UN We Need

Amidst the COVID-19 pandemic, the UN’s worldwide consultation reveals a strong call for action on inequalities and climate change, as well as more solidarity

In January 2020, the United Nations launched the global consultation to mark its 75th anniversary. Through surveys and dialogues, it asked people about their hopes and fears for the future – representing the UN’s most ambitious effort to date to understand expectations of international cooperation and of the UN in particular. It is also the largest survey to date on priorities for recovering from the COVID-19 pandemic.

As of 21 September 2020, over a million people from all countries and all walks of life had taken part. Their answers provide unique insights into what the public wants at this challenging time for the world. They are released today to coincide with the UN General Assembly’s official commemoration of the 75th anniversary, held under the banner: the future we want, the UN we need. Key findings include:

Priorities for action
• Across regions, ages and social groups, respondents were broadly united in their priorities for the future.
• Amid the current COVID-19 crisis, the immediate priority for most respondents is improved access to basic services – healthcare, safe water, sanitation and education, followed by greater international solidarity and increased support to those hardest hit. This includes tackling inequalities and rebuilding a more inclusive economy.
• Looking to the future, the overwhelming concerns are the climate crisis and the destruction of our natural environment. Other priorities include: ensuring greater respect for human rights, settling conflicts, tackling poverty and reducing corruption.
Perceptions of the UN
• Over 87% of respondents believe global cooperation is vital to deal with today’s challenges, and that the pandemic has made international cooperation more urgent.
• Seventy-five years after its founding, six in 10 respondents believe the UN has made the world a better place. Looking to the future, 74% see the UN as “essential” in tackling the challenges.
• However, respondents want the UN to change and innovate: to be more inclusive of the diversity of actors in the 21st century, and to become more transparent, accountable and effective.

“Across this anniversary year, we have engaged in a global conversation. And the results are striking. People are thinking big – they are also expressing an intense yearning for international cooperation and global solidarity. Now is the time to respond to these aspirations and realize these aims. In this 75th anniversary year, we face our own 1945 moment. We must meet that moment. We must show unity like never before to overcome today’s emergency, get the world moving and working and prospering again, and uphold the vision of the Charter.” - United Nations Secretary-General António Guterres

• In January 2020, the UN Secretary-General launched the UN75 initiative, not as a celebration, but as the world's largest conversation about current global challenges, and the gap between the future we want and where we are headed if current trends continue.
• The Secretary-General saw UN75 as an opportunity for the UN to listen to the people it serves and identify their priorities and suggestions for enhanced global cooperation. UN75 was initiated to better understand people’s hopes and fears for the future, inviting people everywhere to imagine the future they want and contribute ideas on how to make it a reality, building a better and more sustainable world, for all.
• Through formal and informal surveys, and dialogues held across the world, the exercise was intended to take stock of global concerns and gain views from across the world on what sort of global cooperation is required. It was also intended to re-imagine what role the United Nations might play in helping to address our global challenges.
• After the pandemic made in-person gatherings challenging in many parts of the world, the initiative increased its efforts to reach people online, expanding the one-minute survey and social media outreach to shift the dialogues to online settings, where possible. At the same time, it put more emphasis - and resources - on reaching those without internet access: working with UN offices and other partners on the ground, and through telephone and SMS communications.
• By adding questions on building back better from the pandemic, it was able to conduct the largest and most diverse global survey to date on post-COVID priorities.
• To date, over 1 million people have taken the one-minute survey in all UN Member and Observer States and more than 1,000 dialogues have been held in 82 countries across the world. In addition, 50,000 in 50 countries took part in independent polling by Edelman and the Pew Research Center, and artificial intelligence analysis of social and traditional media was conducted in 70 countries, along with academic and policy research mappings in all regions.
• Together, they represent the UN's most ambitious attempt to undertake a global reality check and hear from “we the peoples” on their priorities and suggested solutions to global challenges, providing unique insights into the future we want and the UN we need.

Secretary-General's Annual Report on the Work of the Organization